The Most Valuable Player (MVP) in the female category went to Muhinat Yusuf of Adorable Angels of Kwara State. She said she was elated and thanked God for winning the competition. The expectation according to her is to go to the premier league and win the trophy for her team.

Similarly, MVP in the male category went to Obinna Okwor of Confluence Stars of Kogi State. He said he was very happy and it has been his dream of becoming a champion of the Division One League and has worked hard for it, saying it was by God’s grace that his team picked the trophy and MVP.

He advised other youth aspiring to be like him to be dedicated, God fearing, focus and not to rely on any one.  “If no one is there to help you, you should help yourself, train and be the best, then handover everything to God. By the grace of God I will do my best to become the MVP again at the premiership,” he said.

Also speaking, Coach of Kogi Confluence Stars, winner of the 2019 National Handball Division One League in the male category, Mr Ayo Joshua, said he was very happy and grateful as it has not been easy.

The elated coach said the Kogi State Government will receive the Team as it has been waiting for many years and this is the first time Kogi is going to participate in the premier league competition.

“The Confluence Stars is looking forward to maintain itself in the League and hopefully we will win and represent the country that is our target”.

Coach of Adorable Angels of Kwara state, winner in the female category, Mr Isiaka Atanda, who was highly excited, said it was what they were waiting for all over the years.  He disclosed that the Team won the championship for its chairman whose birthday was on Thursday.

According to him; “Nigerians should expect the Adorable Angels to go to the premier league and show itself as the current champion.”

In his own remarks, The Director of Sports Kaduna State, Ibrahim Yakubu, said when the Handball Federation of Nigeria, first brought its letter of request for the state to host the league, the ministry was actually very happy, and the state promised the Federation that it would have a hitch-free competition of which it was glaring to all and sundry.

He disclosed that the state Governor, Mallam Nasir El-Rufai, due to his passion for sports development, created a ministry for its development which formerly was known as sports, youth and culture.

He further said that Kaduna is always ready to receive anybody from any part of the country and beyond, adding that the citizens are peaceful and would continue to be so.

Representative of the Minister of Youth and Sports Development, an Assistant Director in the Ministry, Mr Luke Olusola, thanked organizers of the championship for allowing Nigerians to experience the game of handball again in the state.

He appealed to Nigerians, not just the government, but also private individual to sponsor more sporting programmes especially the handball.  He said there were various categories they could sponsor and tasked them to pick any one of such in the state in no distant future.

In his remarks, former President, Handball Federation of Nigeria, Barrister Mark Jacobs, said he was delighted that the Federation found Kaduna state as a suitable venue for this edition of the Division One League, and hoped that in the next few months the Premier League would also take place in the state. 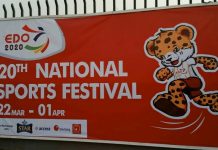 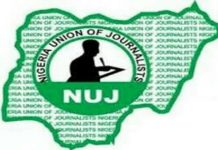