ILORIN, North-Central, Nigeria – Kwara State Governor, AbdulRahman AbdulRazak, has said that henceforth under five children in the state will have access to nutrition-related treatments across the Primary Health Centres, (PHCs).

He stated this during the flagg-off ceremony of the Accelerating Nutrition Results in Nigeria, (ANRiN) project in Ilorin on Wednesday.

AbdulRazak who was represented by the Secretary to the State Government, (SSG), Professor Mamman Jubril, lamented that about 238,171 out of every 696, 405 of under five children in the state are stunted, adding that this is a development that is evidence of chronic malnutrition and a potent socio-economic threat to the state.

He observed that malnutrition in children and pregnant women is a major factor in maternal and child deaths.

“Stunted children are unable to contribute to growth of the society. The persistent increase in the rate of malnutrition in the country led the Federal Government of Nigeria to partner with the World Bank to come up with an intervention targeted at tackling malnutrition,” he said.

According to him, the ANRiN project is therefore a bold step to address malnutrition by increasing the utilization of high quality and cost effective nutrition interventions among pregnant and lactating women, adolescent girls, and children under the age of five years.

The Governor recalled that due to the unsavory condition of the health sector in the state, the government paid the sum of N232m as counterpart funding for Basic Health Care Provision Fund, Malaria-Free Kwara project, and ANRiN among other intervention programmes.

He explained that the nutrition will include provision of micro nutrients powder, zinc, Oral Rehydration Solution (ORS), iron and Felix acids tablets for pregnant women and lactating women.

Others he said, includes high calories food for malnourished children, vitamin A, malaria preventing drugs to pregnant women and, deworming of children, among other benefits.

Speaking earlier, wife of the Governor, Mrs. Olufolake AbdulRazak, disclosed that the state government disbursed N50m for the National Nutrition Project, as counterpart funds which has been long overdue.

Olufolake, who was represented by the Chairman House Committee on Health, Mr. Owolabi Razak, said that the project will cut across the 16 Local Government Areas of the state and would lead to improvement in the coverage and utilization of quality and cost effective nutritional services in the state.

In her remarks, the Permanent Secretary in the state Ministry of Health, Dr Rhoda Ajiboye, said the project will prevent further incidence of growth stunting through effective nutritional interventions among children under 5, pregnant women and adolescent girls among others.

He warned that one out of every five children in the country will die if nothing is done about malnutrition, adding that women and children are the ones bearing the brunt of the problem.

He however commended the Federal Government for striving to tackle the challenge of malnutrition in the country, pointing out that government alone cannot shoulder the burden.

He advised that other stakeholders must put efforts to save lives and improve well-being of children across the country. 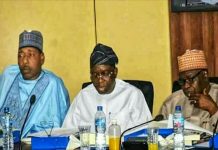 Nigerian Governors to Work With FG On Geospatial Data Policy 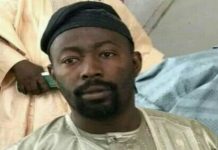 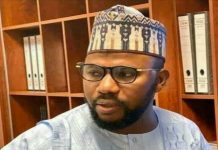