KADUNA, North-West, Nigeria – A Non-Governmental Organization, Connecting Gender for Development, (COGEN), has commenced building grassroots movement of concerned citizens in Kaduna state on the Home Grown School Feeding Program, (HGSFP), to take ownership of the program delivery as well as other government projects in their communities.

Executive Director of COGEN, Ms Ngukwase Surma, disclosed this during a summit on HGSFP held in Kaduna on Tuesday. 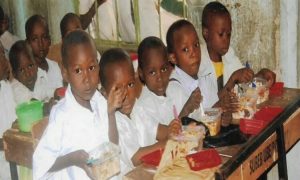 According to her, the idea is to build a movement of concerned citizens sufficiently empowered and interested to continue to effectively track government programs in their communities not necessarily the HGSFP, which will serve as a sustainability factor during and after COGEN withdraws from the field

“We have sixteen LGAs present at the summit, and we are working with the School Based Management Committees, (SBMCs), Head teachers, Cooks, CBOs/FBOs and Media; among others, to ensure that citizens become involved in the delivery of government projects within their communities,” she said.

In her remarks, COGEN’s Board Chair, Ms Sewuese Isaiah, said the group’s work needed to be sustained during and after it withdraws from the field, hence, the summit to chart a path for a grassroots movement that will ensure that communities continue to track the implementation of government projects in their communities.

She commended the Kaduna State Government especially the state Ministry of Education, chairman SUBEB and the state HGSFP Technical Working Committee, among others for providing enabling environment for tracking the program.

The keynote speaker, Barrister Titus Mann, said some of the strategic objectives of the HGSFP launched in 2016 by the Federal Government are aimed at increasing school enrolment and retention rates, stimulating local economies by generating markets for local produce, and generating income and employment.

While noting that several issues have been identified which challenge the conception, assumption and implementation of the program; he warned that their persistence will endanger and may doom the program if not addressed or remedied.

Some of the challenges identified includes; lack of essential synergies, uncertainty to control/management, inadequate infrastructure/amenities, lack of grassroots/stakeholders participation, restrictive coverage, monitoring and evaluation, transparency and accountability, centralization of procurement and distribution of some supplies, and payments to food vendors.

Barr. Mann said that there is need for the FG intervention in tackling the above issues through monitoring performance by local communities and stakeholders to provide reliable feedbacks.

It would be recalled that in 2018, five NGOs or Cohorts funded by MacArthur Foundation were enlisted to track the HGSFP implementation in Kaduna State in 420 schools of 16 LGAs. COGEN is tracking 60 schools across three LGAs of Kaura, Jema’a and Zango Kataf. 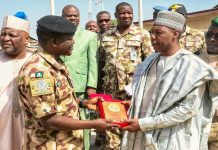 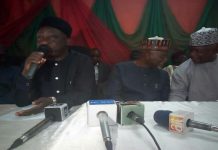