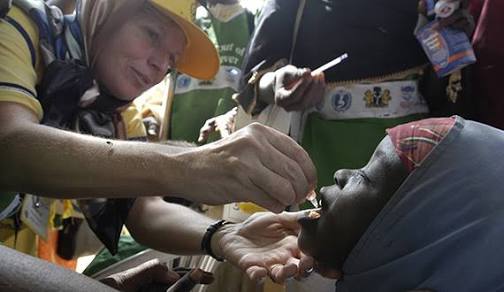 KADUNA, North-West, Nigeria – In its bid to ensure that Polio and other killer diseases are eliminated in Nigeria, the Kaduna State Government, through its Primary Healthcare Development Agency (SPHCDA), and the United Nations Children’s Fund (UNICEF), has commenced another round of immunization in the 23 Local Government Areas of the State.

The objective of the vaccination is to enable children grow healthier and free from any form of diseases that can affect development.

Strategies implored by the government to ensure that all children in the State are reached include, the streets, house-to-house, markets, motor parks and highways, among others.

A community leader, at the Miyyeti Allah area of Rigasa Community in Igabi Local Government Area, Alhaji Salisu Sani, who commended the efforts of UNICEF and the State Government, called on parents to make their wards available throughout the period of the immunization in order to protect them against killer diseases.
According to him, as community leaders it’s their duty to educate the people, particularly parents on the importance of immunization; and appealed to parents to ensure that they take their children’s health seriously.

“We do sensitize the people to allow their children to be immunized against the six killer diseases. We are still doing our best to sensitize them on the importance of immunization.

“We have people that move around communities engaging parents that are skeptical of immunization. We want the people to know that Polio immunization is not harmful on their children,” he said.

Lawal listed the killer diseases of children to include Polio, Meningitis, Meseales, Tetanus, bacteria’s among others; adding that the campaign is targeted at  26,000 children in the area.

He commended UNICEF, WHO, Rotary Club, Ministry of Health and other partners for making the campaign against polio a success.

“We want to reach out to all children in this community, particularly non compliance. We are targeting children less than five years for the immunization.

“We stiil have people that are not complying in this community but we have those who still support us by bringing out their children to be immunized,” he said.

Speaking to our Reporter, Volunteer Wards Supervisors, Fatima Sule and Ramatu Garba, explained that part of their challenges are that some parents complained of too many rounds of immunization.

The Supervisors added that anytime they come across such parents they educate them on the importance of immunization on their children.

Similarly, a mother, Halima Abdullahi, explained that even though her husband does’nt like immunising the children she always allowed them to be immunized because she believe it’s not harmful; and appealed to other parents to follow suit for their own good.

“Yes, my husband does kicked against it, but I make sure the children get immunized anytime the workers come around for immunization exercise,” she said.

In the same vein, Aliyu Mohammed a father of six in Rigasa said he too like Halima does immunize his children; and urged parents to make sure their children get immunized against all forms of diseases. 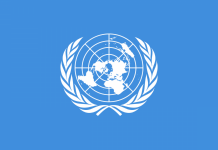 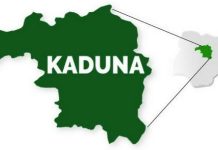 WHO Donates N8.4m Health Facility For Disease Surveillance In Jigawa