UYO, South-South, Nigeria – The 30,000 seat-capacity Godswill Akpabio International Stadium in Uyo, Akwa Ibom state, on Friday witnessed sea of worshipers as people gathered for a special thanksgiving to God for His mercies, goodness and favours before and during the elections.

The thanksgiving service tagged “Akwa Ibom State Victory 2019” was organised by the Christian Association of Nigeria, (CAN), and Pentecostal Fellowship of Nigeria, (PFN), at the instant of the Peoples Democratic Party, (PDP), led government in the state over the landslide victory recorded by the party in the just concluded general elections.

The officiating ministers includes: Reverend Uma Ukpai of Uma Ukpai Evangelical Outreach, Pastor Paul Enenche of Dunamis International Church, Bishop David Oyedepo of Winners Chapel, Reverend Ntia Ntia of Full Life Christian Church and ArchBishop Ndueso Ekwere of Qua Iboe Church who is the state chairman of CAN among other fathers of faith within and outside the state were in attendance.

In his homely, Bishop David Oyedepo spoke on the importance of giving gratitude to God, and lauded the people of the state for recognizing God by setting aside the day to revere His mercy and love.

He assured the people that God would not be unmindful of their hearts of praises and worships unto His name, and will bless them the more as well as make the state a sought after among nations and a destination of choice for investors.

The State Governor, Deacon Udom Emmanuel described the victory that his party recorded at the polls to a real manifestation of God power over man which came at the nick of time when the hope for the victory was lost, living them on the cross road against the opposition party, the All Progressives Party (APC). 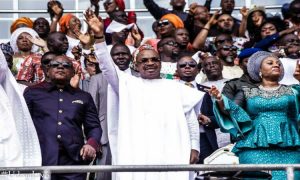 According to him, all candidates of PDP for the polls and indeed their supporters have had their lesson to learn from the unfolding scenario that beclouded the party few weeks before the elections and the victory gained afterward, will therefore ever remained grateful unto God.

“The battle was not against flesh and blood but against principalities and powers in high places. The battle was 100 percent spiritual that churches in the state through the umbrella of Christians Association of Nigeria (CAN) came together and prayed for God to intervene and show mercy.

“If today was not like this, I do not know where the place of the churches would have been. God used the victory to prove himself more that He is the Almighty God. He used victory to show that His redemption on the Cross of Calvary is never in vain.

“He used it to defend the church and His name because at a point, it seemed as if we all were overwhelmed but God raised His standard above man and proved Himself God.

“I want to declare here that as elected of people, we pledged that we will continue to serve the Almighty beyond all immeasurable doubts. We will not place our individual interests above the interest of a common man in the state”, he said.

Gov Emmanuel also reassured the people of the state that, his government would use every resources available to the state to bring about even development to uphold the confidence that the people reposed on him by reelecting him to office for another term of four years.

The event which witnessed special thanksgiving session to God by the elected and reelected State and National Assembly members, was graced by the national chairman of PDP, Mr. Uche Secondus, Vice presidential candidate of the party, Dr. Peter Obi, and former governor of Benue state, Mr. Gabriel Suswan among others. . 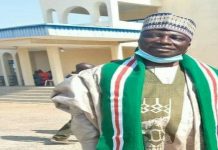 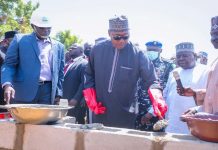 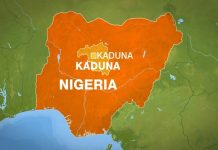