UNICEF had in September announced plans to establish 90 Theatre for Development, (TfD) groups in the three states to mobilise and create behavioural change in communities for healthy development of children.

Eki said that the 90 TfDs have been established and are already performing in several communities with the central goal of changing the behaviours of parents, caregivers and community members towards children.

He explained that the performances were entrenching key household practices and creating demand for health and other services that guarantees the survival of women and children.

According to him, the theatre groups are playing key roles in ensuring that caregivers are making informed decisions toward nursing a child and communities are changing for the better.

“The theatre groups were consistently performing and creating the needed awareness among parents, caregivers and community members on how to properly take care of a child for uninterrupted development.

“The groups are reversing the non-compliance rate to polio vaccine and other vaccinations, school enrolment, malnutrition, poor sanitation and hygiene, antenatal care, malaria and diarrhoea and other disturbing health indices in the states.

“Parents, caregivers and community members are being provided with the right information through drama performances that people relate with,” he said.

Malam Galadima Soba, the Director, National Orientation Agency, (NOA) in the state, said that the meeting was organised by NOA with support from UNICEF to review achievements and challenges over the years.

Soba pointed out that certain cultural practices impede development and put children at risk, adding that the drama performances are designed to create the needed change among parents and caregivers.

“Our communities must be mobilised for positive change and drama is key to achieving that,” he said.

Malam Lawal Haruna, UNICEF’s Focal Person in NOA Kaduna, explained that CRAC, made up of 18 groups, were established since 2015 to create awareness in Kaduna communities through drama.

“The focus was on key households ‘practices that ensure the survival of women and children.

“The review meeting would enable us identify areas of challenge and where we need to improve for better impact,” he said. 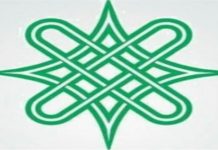