KADUNA, North-West, Nigeria – A University lecturer with the Ahmadu Bello University, Department of Human Kinetics and Health Education, Faculty of Education, Professor Julius Gwani, has said that women could attain any positions in the country and make their contributions when they are educated.

He stated this at the opening of a three-day empowerment seminar on Civic Education and Participation for Women Project, (CEPWOP) organized by an NGO, Empowering Women for Excellence Initiative, (EWEI) and supported by INTI RAYMI FUND held in Kaduna on Wednesday.

He said that between 2011 to 2015, Nigeria made some appreciiable efforts to achieve the 35 per cent affirmation of women participation in government, but sadly today that has been lost, calling on leaders to re-ginger and bring back those efforts that began at that time.
According to him, in the past the emphasis was not on where one came from or religion, but what he/she could bring to the table, adding that women have risen to become permanent secretaries, ministers, leaders in their own right based on their merits.
“We must educate ourselves to bring women to the rightful place that they belong not only for campaign, but engagements even after campaign.
“The women needs to be there because in mobilizing for voting they are the ones that do the greater job. They move around because, the woman by nature communicates, and because she communicates she is able to relate with her neighbor. And that is the basis for building the consensus for civic responsibility.
“Women voices must be heard, and the civil society groups they participate in should be allowed to speak and be listen to. Efforts should also be made to address the issues they raised and in that way, society will be greater, better and stronger because the society is made up of men and women. Not men, or women alone,” he explained.
Speaking on the topic:”The Structure of Nigerian Government and Democracy”, Prof Gwani said that the presidential system practiced in Nigeria was borrowed from the United States of America, (USA), and it relates to the executive, legislature and the judiciary; saying that it is very expensive.
He said there was the need for Nigeria to look inward to see what is most suitable for the country, borrowing from the experience of parliamentary and presidential system to get our own high breed presidential system.
An Activist, Mrs. Emelda Yashim said that women and all that concern them must be heard.

According to her, the women are the spear head of making any formidable democracy stand because they go out there and stand at the back of men, saying there was nothing wrong for men to also support the women to clinch elective positions.

Earlier, the Programme Officer, Grants and Funding, EWEI, Mr. John Aduku in his presentation, “The Importance of Civic Actions and Case Study”, noted that Civic action thrives in democracies because it is part of democratic culture which allows for the voices of citizens in society to be heard.

He explained that civic action is participatory citizenship, engaging with political establishment, civic engagement based on common or general interest activities, requiring some degree of organization. 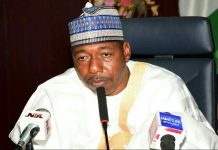